skip to main | skip to sidebar

My discovery blog is really a rediscovery.  Following the last Guild of One-Name Studies on line seminar about preservation of studies I  decided to embark on a program of scanning some of my records and possibly halve the number of lever arch files from twenty five to perhaps ten or twelve.

I started with my very early papers, from 1994, and rediscovered the Vickery connection with Sir George Williams which I had forgotten all about.

Who was George Williams you ask.  His mother was Elizabeth Vickery, baptised Ann Betty Vickery in Huish Champflower, Somerset in January 1788. Her parents were John Vickery and Jane Norman. 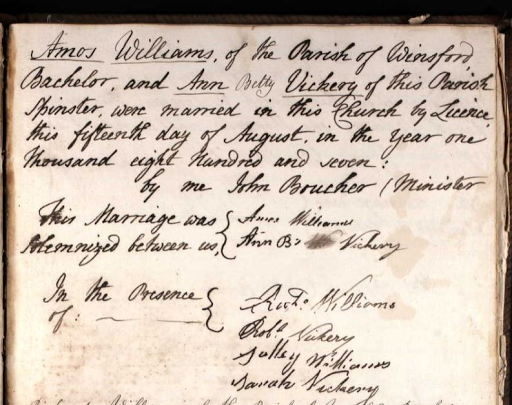 She married Amos Williams on 15th August 1807 in Withiel Florey, Somerset. Between 1808 and 1830 they had nine children, seven sons and two daughters. George was born in October 1821, attended school in Tiverton until he was 13 and then worked on the family farm in Dulverton before being apprenticed to Henry William Holmes who ran a drapers shop in Bridgwater.  There he joined the Congregational Church.

In 1841 he was in London apprenticed at Hitchcock & Rogers, another drapers shop. At this time he started a prayer and bible study group. In 1844, appalled by the living conditions for young working men,  he gathered a group of fellow drapers to create a safe place, where they would not be tempted nor led astray by the notorious London night life.

He prospered through promotion and married the owners daughter, Helen Jane Maunder Hitchcock .

He became a partner in the drapers and in 1863 sole owner. During this time, as he prospered he was able to expand the  safe places for young working men to live. This became known as Young Men's Christian Association (YMCA).

In its silver jubilee year 1894 he was knighted by Queen Victoria and received the freedom of the City of London.

He died in Torquay in 1905 and is buried in St Paul's Cathedral. He is also included in  the  YMCA WW1 commemorative stained glass window in the nave at Westminster Abbey.

House and Home, family homes divided by conflict and by sea.

Two brothers living in a big family in Wolborough, Devon in the 1750's. One, Moses goes on to found the Vicary mill and tannery in Newton Bushell, Devon.  The other, John, goes to sea and eventually becomes captain of his own ship.  During the War of American Independence he sailed two different privateers probably breaking the blockade the British Navy placed on the East Coast ports.  His last voyage was to the West Indies in 1783 in the ship 'Diligent' during which he dies in a place called Paimbouef, in Western France most likely.  John's son William also became a merchant sea captain and made several trips to China and the East Indies. After his sea days he settles down on land in Columbia PA and then along the Ohio river near Ambridge and Freedom.  It is in Freedom, Pennsylvania that he builds his mansion in 1826.
It is now a living museum for the Beaver County Historical Research and Landmarks Foundation .

Meanwhile back in Newton Abbot cousin Moses son, also Moses, grows the tannery business to become the largest employer in Newton Abbot,  thriving during the Napoleonic wars and surviving the slump that followed.  He has eight children , five sons and three daughters. All the sons appear to be involved in the various businesses and in the local Newton Abbot community, being aldermen, mayors, JP’s and the like.  They also give land to form the Newton Abbot racecourse.

On his death in 1855 Moses junior leaves each of his sons land and annuities with the bulk of the estate, including the tannery, to his son John.  When John died in 1880 he left six large houses to his various children, Broadmeads to son John, Churchills to son Robert, Dyrons to Charles. 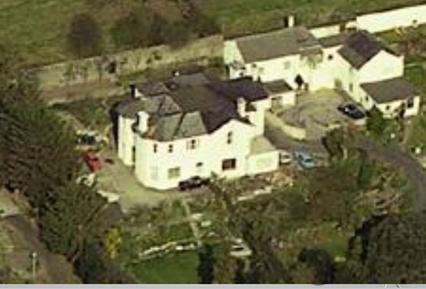 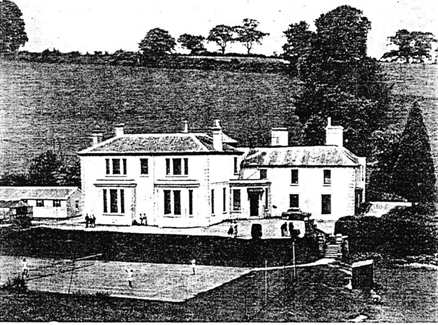 Churchills, turned into a school, now a new housing estate 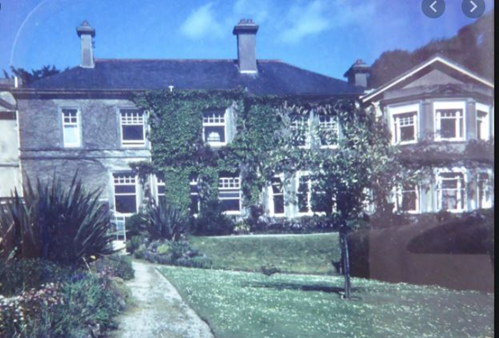 A NEW LIFE IN A NEW COUNTRY

Rhoda Graypaull  lived with her sisters, brothers and cousin in the tything of Dommett in the parish of Buckland St Mary, Somerset, under the north ridge of the Blackdown Hills "said to be a favourite haunt of fairies and hobgoblins."

Her mother had died and father was to remarry. His new wife had several daughters of her own so in 1850 Rhoda, her sister Joan and cousin Susanna determined to leave and set up home and a grocers shop in Buckland St Mary using the legacy left them by their mother, leaving younger sisters Elizabeth and Ann (blinded in an accident in childhood) to housekeep for their father. This was a very unconventional thing for single women to do at that time and many thought it would end in disaster.  But against all odds the shop thrived, adding haberdashery and dressmaking.  Rhoda travels to Taunton with her brother to buy stock where she first meets George Hodder Salter, son of a Dorchester farmer and slaughterman  He however marries cousin Susanna in January 1853 and leaves for New York on Endeavour. On the eve of her departure Susanna makes Rhoda promise to care for her family if anything should befall her in the New World.

Whilst the shop in Buckland flourishes Susanna, now in Charlotte gives birth to two children. Sadly the first child and mother die leaving George Salter  a griefstruck widow and alone with the new born baby.  He writes to Rhoda's father enclosing with the letter a note to Rhoda asking her to join him to care for the child, explaining that to maintain respectability  for her to live in the same house as him he would marry her, a marriage of convenience.

Rhoda is torn between her shop and her promise but when her father presses her to marry the local parish curate she is determined to keep her promise. Meanwhile her sister Elizabeth has married Robert Vickery of Otterford and also emigrated to New York.

She sells the shop and departs from Liverpool for New York where she meets George and travels by paddlesteamer three days up the Hudson River to Albany, then by steamboat along the Erie canal to Rochester, and stagecoach, on corduroy roads, to Charlotte, New York State. where they marry the very moment they arrive on 10th February, 1857.

This a synopsis of just the first four chapters of the  novel DOUBLE WEDDING RING written by  Patricia Wendorf which follows the fortunes of the Vickery and Salter families and their life and struggles in the New World over the next 35 years.  A jolly good read which I thoroughly recommend.

I guess that some of the missing 387 will have emigrated to Australia or USA although I did trace a few on the USA 1870 census.  I am now going to do the same exercise with the 1851 census. The objective of all this is to narrow down and identify all the  families that existed prior to the 1841 census.

At the same time I am tidying up my data with the intention of starting a web site soon so that my research is preserved for future generations.

I am also pleased to report that since October I have only created one piece of paper to file.  Everything else I have copied and stored on my computer.

Now up to 23,000 individuals on my one-name study and I am now investigating the possibility of setting up a web site to make all my research available and to preserve it for future generations
Posted by Ian S Vicary at 23:04 2 comments:

Two years flown by and I have now just passed 21,000 individual entries.  Been going through the new GRO (General Register Office) index of births from 1837 which now shows mothers maiden names.  Found lots of infant deaths but also  some new people, new details on existing people and some more marriages.
Posted by Ian S Vicary at 12:53 No comments:

Now reached 20,000 on my genealogy computer program.  Currently working through the 1881 UK census for all the Vickery entries - 2,200 - which is over twice the number with the Vicary spelling.

Not forgetting Vickary, Viccary and Vicarey